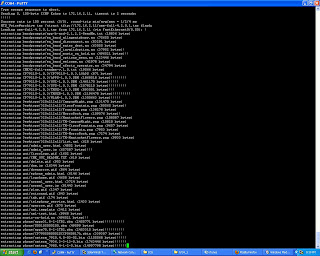 I spent most of this evening trying to upload the full featured Call Manager Express (CME) tar files to my Voice router. I was doing very well until I realized that I didn't have enough Flash memory to support the full version! Thankfully I was able to find the basic version which should be enough to get me through the studying and the test.

It was very time consuming deleting all the old files but I did learn a new command which I've never heard of, it's called the squeeze command. It's for sure one the weirdest command names in the Cisco IOS. Here's how it works, by default when you delete a file from flash, it really doesn't delete it rather it marks it as deleted so you're not gaining your flash memory space back by just typing the delete flash: command. The squeeze command however goes through the entire flash directory and removes any files marked as deleted, it works fairly well but is time consuming also.